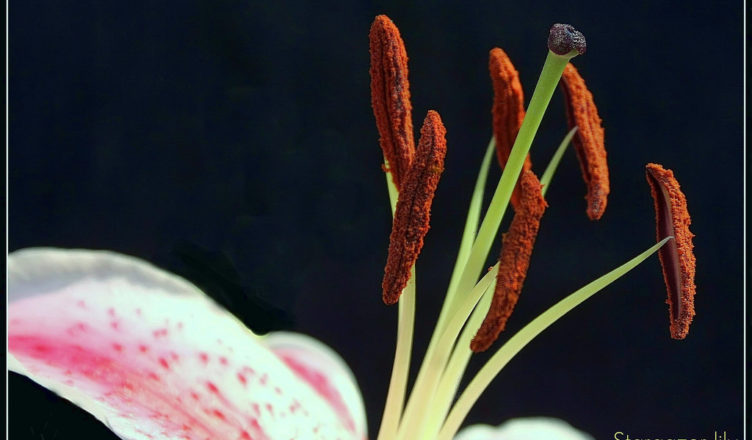 People who picture the type of plants suitable for window boxes as full of nothing but showy flowers, but that’s not always the case. Indeed, some of the most interesting window boxes are a mix of showy flowers, modest flowers, and foliage of different textures and shades of green or some other color. In other words, a great window box has “thrillers, spillers, and fillers.”

Like they would with flowers grown in the garden, the person who decides on a window box has to take sun exposure, water, fertilizer and other needful things into account before they start their box. They also have to consider the window box itself.

Here are some tips:

If the window box has been used before, wash it out and let it air dry in the sun. Some people spritz their window box with bleach, but a few days in the sun is also a good way to kill pathogens. Some gardeners line their window box with black plastic or landscape fabric, especially if it is made of fiber or moss. Then, potting mix, not potting soil, is added. The difference is potting soil is actually soil, but the potting mix is made of sphagnum moss, vermiculite, and compost made from decomposing bark. It is much lighter than soil and much gentler on the window box. Indeed, it tends to be fluffy, and some gardeners water it while it is still in the bag.

When the window box is full to an inch from its top, snip away excess plastic liner. Add fertilizer, then arrange the plants on top of the potting mix to see how they look before planting. When the gardener is pleased with the arrangement, it is time to plant. Water the plants deeply, and water them daily but lightly for about a week. 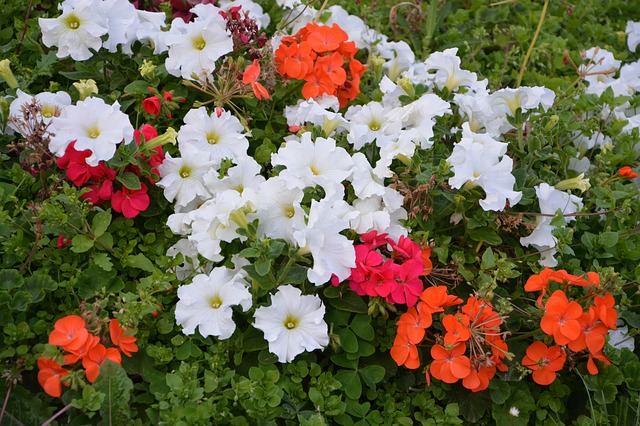 These cheerful flowers are what people often think of when they think of window boxes. Varieties come in many shades of red, blue, violet and pink. Some are striped and mottled, and some varieties are pure white or cream-colored. There are new varieties of petunia all the time. They love the sun, and the lightness of potting mix is just the thing for them. 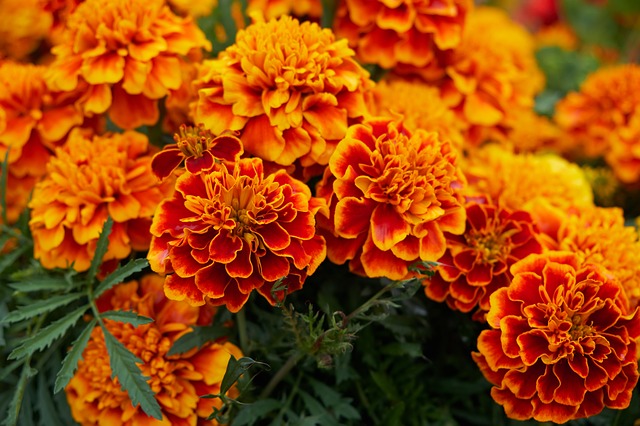 There are several flowers that are called marigolds, but they are not all the same species. The pot marigold is an orange-yellow flower with lance-shaped leaves that thrives in full sun. The corn marigold is a type of chrysanthemum with single yellow flowers with dark brown or black centers. Tagetes marigolds are the African and French marigold. They are also orange or yellow and enjoy the full sun.

This would be one of the “fillers” in a window box, for it has modest sprays of flowers that arrive in the late summer and fall followed by interesting bright yellow seed pods on orange stems. Patrinia does well in full sun to light shade. It’s a long-lived perennial that tends to self-sow abundantly. A window box is just the thing for this prolific plant.

These plants already have beautiful foliage that is often variegated, with alternating bands of dark and light green or yellow. The light potting mix found in a window box is ideal for them, though water needs to be kept in the cups formed by their leaves. They need bright but not direct sunlight. Bromeliads really become “thrillers” when they flower, for their flowers are spectacular and come in shades of yellow, red, salmon and pink.

For much of the season, lilyturf is another filler. It has grass-like leaves that stay green all year, but in the summer,  it produces spikes of white, violet or blue flowers. In the fall, the plant produces fruit that resembles the blueberry. It is versatile in that it does well in both full sun and full shade, but plants that are grown in a sunny window box produce more flowers.

Gardeners love stonecrop because of its succulent leaves and its flowers, which grow in dense bunches. Stonecrop is easy to grow and tolerates all kinds of soil as long as it is well-drained. It does best in full sun to light shade.

This isn’t just a weed unjustly accused of causing hay fever. This plant is easy to grow and produces arching stems full of bright yellow flowers that appear late in the season and contrast prettily with its dark green leaves. Goldenrod likes full sun to light shade.

Also called lavender cotton, this plant is a perennial that forms clumps of sweet-smelling leaves and button-shaped yellow flowers. It likes full sun, is very tough and can tolerate some neglect. If the window box has dry soil that is not very fertile, this is the plant to grow.

This is one of the “spillers.” Columnea can be upright but it is also a trailing plant. The leaves are covered with purple hairs that give them a velvety feel, and the plant produces tubular flowers that can be orange, red or yellow from spring until fall. Columnea is a lover of full sun and needs a rich potting mix that should be kept moist.

This is “spiller” is a creeping plant with masses of tiny bright green leaves on dainty, intertwining stems. It does best in soil that’s moist and in a climate that is warm and humid. It likes partial sun but should not be placed in a box that gets direct sun.